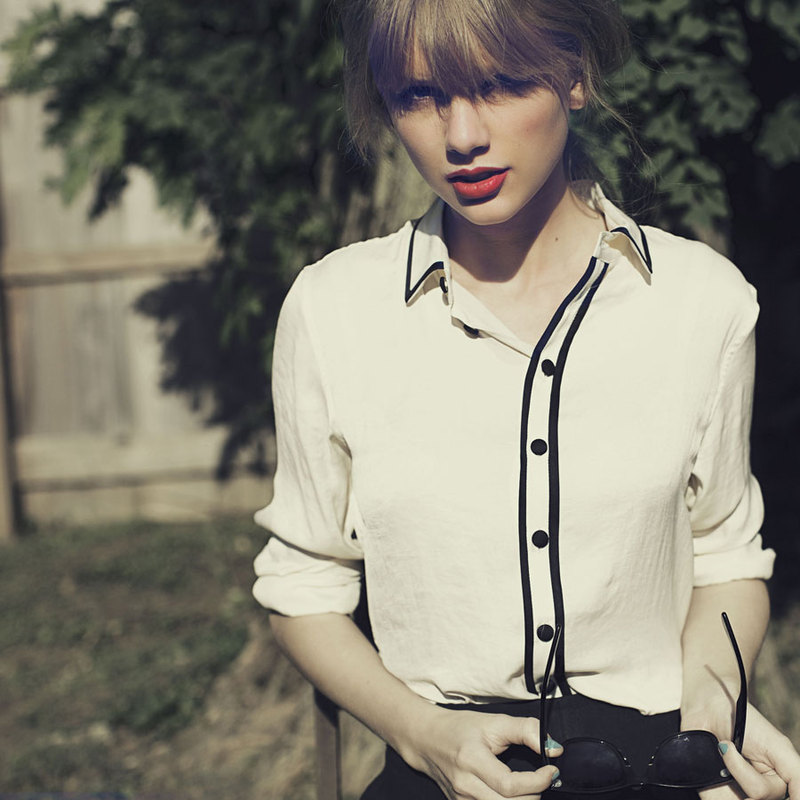 Red topped the all-genre Top Albums chart at iTunes within 36 minutes of release, and first day sales at iTunes alone topped 262,000 albums. Taylor scored 13 of the Top 20 songs on iTunes, with the song “Everything Has Changed” taking the #1 position on the all-genre Top Songs chart. Thus far, Red has sold 4.5 million song downloads at iTunes in the U.S. alone. At Target, Taylor’s Speak Now album had the highest one-week sales in the retailer’s history. Red has now set their record for Day One sales and is on pace to exceed Speak Now’s one week results.

With Red, Taylor has set a new Billboard record -- for the most rapid accumulation of 50 Hot 100 hits in history, reaching the milestone just six years and one month after her 2006 chart debut. Aretha Franklin previously held the record, with a stretch of just over 14 years and six months, and Taylor is one of only five women in the 54-year history of the chart to reach this milestone (joining Franklin, Madonna, Connie Francis and Dionne Warwick).

Taylor Swift’s Red is also impressive in its widespread critical acclaim, garnering stellar praise from top critics around the globe.

“Taylor Swift is a turbine of artistic ambition and superstar drama, and Red is a 16-song geyser of willful eclecticism. Her self-discovery project is one of the best stories in pop. When she's really on, her songs are like tattoos.” – Rolling Stone

“The writer James Dickey once described a poet as 'someone who stands outside in the rain, hoping to be struck by lightning.' He could've been talking about Taylor Swift. Sublime…Red should be required listening…’We Are Never Ever Getting Back Together’ is the snarkiest pop kiss-off, like, ever.” --Entertainment Weekly

“Taylor Swift’s Red burns with confidence. [She] seems to have crossed some sort of emotional threshold [to] the assured words and music of a star. There are no bumps on Red. Only clean, perfectly rendered American popular music.” – Los Angeles Times

“Taylor Swift’s Red is another winner. What Swift does better than anyone [is] she connects with clear, concise, relatable love songs that are thrown like punches and steeped in everyday details.” – The Washington Post

“Red puts Swift the artist front and center with big, beefy hooks that transcend her country roots for a genre-spanning record that reaches heights unseen. Red is her most interesting full-length to date, but it probably won't be when all is said and done in her career.” – Billboard

“Fantastic. This is an album she's spent her entire career building toward. Red is, in every conceivable way, her bid for artistic freedom, not only her most mature and accomplished album, but also her most unapologetic. In short, this is her album, on her terms….the album of her (still young) life. Red may be the beginning of her golden age, but really, it only sets the stage for things to come. And I'm willing to bet we'll be amazed by what's next.” --MTV News

"It's clear that Red is another chapter in one of the finest fantasies pop music has ever constructed." – The Guardian (UK)

“Swift seems to know just the right phrase to pull you inside her narratives.” – The Observer (UK)

“Swift has grown into one of the sharpest songwriters of her generation. Red is all the proof you need. All in all, colour me impressed.” – The Sun (Canada)

Taylor is making multiple television appearances this week in support of Red. Her Times Square Concert this morning was the largest in the history of “Good Morning America,” and tonight she appears on “The Late Show with David Letterman” (CBS). Tomorrow (10/24) she will be live on ABC’s “The View,” and on Thursday she will make a special concert appearance on “The Ellen DeGeneres Show.” On Friday, she will be a guest on ABC’s “Katie” with Katie Couric, and on Friday night she will be featured on ABC’s “All Access Nashville with Katie Couric – A Special Edition of 20/20.” Next week, Taylor will perform on ABC’s “Dancing With The Stars” (Tuesday, October 30th) and also on the “41st Annual CMA Awards” (November 1st on ABC).
Posted by PedrinhoSSM at 21:28 No comments: Links to this post

Day of the first show of the tour. October 5.
The tour of Jennifer Lopez is: "Dance Again World Tour". Today and yesterday (rehearsals day) the 2 shows were shot for the Tour DVD.

Finally was time for Jennifer Lopez. She played for 88 minutes.

It was an awesome show. It was awesome for me to have a chance to see her twice in a row. Even the same show (October 4 rehearsal with more 4 songs). And I only payed for one day.

Here it is the setlist:

In bold are the videos I made.

Posted by PedrinhoSSM at 20:29 No comments: Links to this post

For the ones who already got the ticket for the show of October 5 could have a free ticket to the rehearsals one day before. October 4.
The tour of Jennifer Lopez is: "Dance Again World Tour" and today October 4 was the Rehearsal and shooting of the tour DVD. The shooting of the DVD was also on the show day.
It was a great experience for me to see the rehearsals of the complete show. It was like a complete show.

Here it is the setlist:

In bold are the videos I made.


Next the story of Jennifer Lopez at Pavilhão Atlântico, Lisbon on October 5th 2012.
Posted by PedrinhoSSM at 20:29 No comments: Links to this post